VATEL BORDEAUX > Inside Vatel Bordeaux > What’s on? > About Bordeaux > Discovering a palace unlike any others

Let’s head to Martillac for a guided tour of Les Sources de Caudalie. 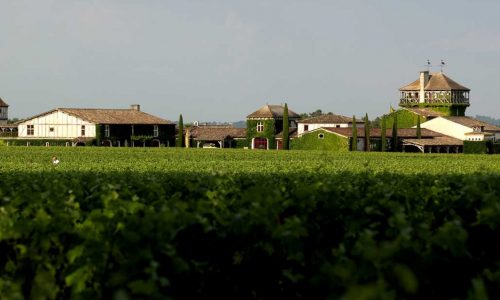 Vatel first year MBA students were greeted by Marie Christine Ters, the hotel’s assistant manager and a Vatelien, for a general immersion into the 5* universe of the Sources Caudalie, an unusual palace in the heart of the Château Smith Haut Lafitte vineyards.

Highlights of this relaxing but nonetheless educational day:

And as an added bonus, the students were also able to speak with Nicolas Masse, the hotel’s two Michelin starred Chef.

For Marie-Fleur Fourquet, their professor, the goal of this outing was to allow students to comprehend the diversity of concepts leading to the success of Luxury Hospitality. With their “vinotherapy” complex, Les Sources de Caudalie gives a fantastic example of promotion of a specific region as well as oenotourism.

“These are important tours, as they allow us to acquire a certain culture of the hospitality industry, and to better understand the different categories of hotels in the market,” explained Gabriel Smessaert. “These are fundamental experiences for students like us who are honing their projects for the future; above all it’s an opportunity to ask questions to professionals in the field and to begin networking for our careers.”