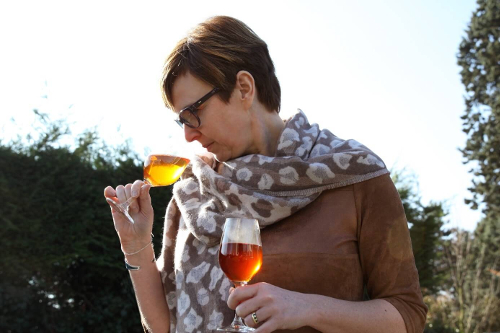 Catherine Nicolas, the only tea sommelier in France, tells us more about her job and the interest this beverage, born in China, has. After having spoken to Vatel Bordeaux students, she explains her passion for this beverage known since antiquity.

How did you become a tea sommelier?

I lived in the United Kingdom for over ten years. Before that, I lived in Lebanon. Many people in both of these countries love tea.
At the beginning, I worked in the wine sector. I had the Wine & Spirits Education Trust certification. In 1998, I came in as the runner-up fir the best sommelier in the UK, the first time a woman won this contest.

I met Mr. Moron, the president of The World Food. He introduced me to Dilmah tea, 100% origin. This is a single-blend tea. Dilmah is the only tea producer to do all of its stages on-site. The entire process up to commercialization lasts on average six months as compared to 18 months for some of our rivals.
A sommelier can work with all types of beverages. My missions are close to those that a wine specialist has. They include:

Can you give us some examples of teas and dishes that go well together?

It’s the same thing for wine, rosé or red wine: meaning that you either want them to complement each other. For spicy food, you’ll choose a powerful tea to complement the aromas.
Or you’ll want them to contrast with each other. With hearty dishes, you’ll choose a softer theine.
For instance, on December 3, 2017, Dilmah took part in the sommellerie gala. Between cheese and dessert, we served a fresh tea to prepare everyone’s taste buds for the sweetness of the dessert.

What is a good tea?

A beverage that you like! I personally appreciate it when it tells a long story. I like it when it’s piping hot. When it’s cooling down, I take a short break. I relax.
I love sipping The First Ceylon Souchong which is black tea from Ceylon smoked with Ceylon cinnamon. You have slightly spiced and smoked notes.
One other favorite is the one called Suprême de Ceylan. Its flavors transport me each day into Sri Lanka’s tea factories.

Each year there is an international tea day. What do you think about that?

It should be held every day. Just like Valentine’s Day!
You shouldn’t love only once a year. And above all, you shouldn’t tell someone you love them just once a year.
This international day is nonetheless an excellent initiative. It:

In France, its consumption is increasing. 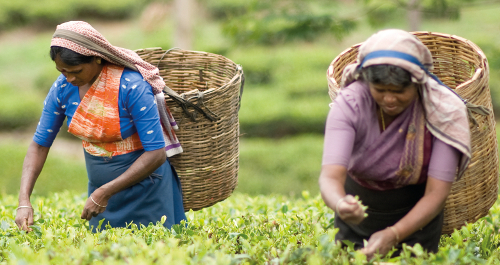