A Vatelien’s tips for London

You’re planning on visiting London? You want to stroll around the roads of the English capital? Follow the guide!

“Ever since I was little, hospitality has been in my DNA. I love travelling, taking care of guests and the cultural diversity that this field has. I choseVatel because of its reputation and I’m delighted that I made this decision,” Yannick Godfrind, a Vatel Nimes 2012 alumni and Vatel Los Angeles 2013 alumni, said enthusiastically. 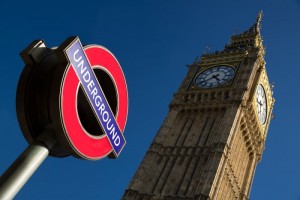 What is his fondest internship memory?

When he received the entire James Bond Skyfall team at the Four Seasons George V Hotel in Paris, during their promotional tour for the movie in France.

Perhaps this was an omen that his career would soon lead him to England, as Yannick has been working since June, 2014 at the Four Seasons Park Lane.
He was promoted to the function of Front Desk Supervisor just a year after having arrived and a mere six months later received another promotion to his current job as Night / Duty Manager.You can find out more about his Success Story in the article “The Night in the Museum” and have a look here at his favorite addresses in the English capital:

– His favorite restaurant: Flesh & Buns, an isakaya Rock n’Roll”, as their owners call it. A Japonese bistro in London? That’s intriguing!
– His favorite neighborhoods? The shops in Covent Garden and the eccentric Sohodistrict.[/column]

So where does he go out at night when he’s not working?
He hangs out in Mayfair and Shoreditch, at the Rose & Crownand Soho House pubs.

What museum does he like touring? Going back in time at the British Museum with its millions of objects from all over the world.

And last but not least, the monument that he feels no one should ever miss: the gigantic Trafalgar Square lighted fountains, a place where people can meet and speak about any subjects they want to.[/column]